The idea of living with less automatically gives us a sinking feeling in our stomach. It makes sense, as in most cases more is better. Especially when you’re living in a consumerist society where everywhere you look there’s someone or something trying to convince you that you need to get more of this, buy more of that. However, living with less stuff may not actually be that bad. It might even be good for you! Let me show you how. 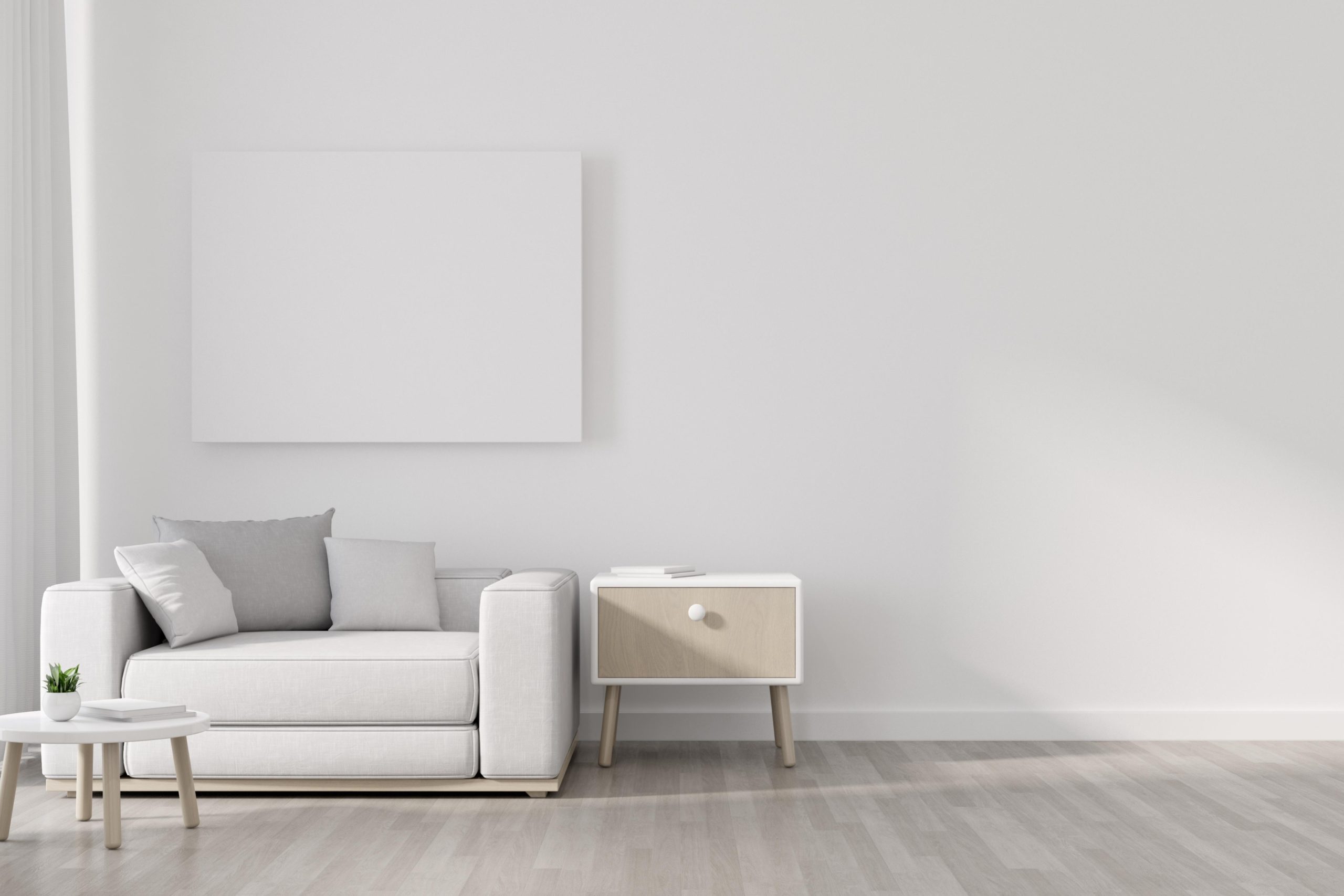 LIVING WITH LESS AND LOVING IT – HERE’S HOW

Let’s start with your wardrobe

That might sound crazy coming from someone who blogs about fashion, but remember that here we like to style consciously and minimally. The average person has a full closet and uses about 20% of what’s in there. Sure, there will be some formal attire in there that you only dust off for special occasions, but most of your everyday wear is just reused again and again. Meanwhile, the rest of your outdated attire just sits there, filling the gaps.

You would do well to go through it all to clear some space in that wardrobe – and not, so you can just fill it with more new clothes! If you’d like any help with this, you should check out this post here.

Clearing up that mess means living with less stress, particularly when deciding what to wear.

Now for that dis-used clutter

Take a look around your home. Look at every single item individually. Ask yourself, “Do I really need that?” Really? Do you ever use it anymore? Did you EVER use it!? On the journey of life, we collect stuff along the way. Sometimes it’s gifted to us, sometimes we’re just convinced that one day we’ll need it. Now it just holds a space on the side table, in the corner of the room, or in the back of that draw which rarely opens.

In the great words of Queen Elsa, “Let it go!”. We hold on tightly to these things, but living with less possessions will not make you unhappy. If anything, it will free some space both physically and mentally for something better. Be critical with items.

Try starting with 3 categories: Keep, Throw, and Maybe. You’ll end up with a lot of maybes, but then repeat the process. Each time put a bit more into the Throw pile. Remember, ‘Throw’ doesn’t mean trash. It can mean donate, gift, or recycle.

Furniture tends to get a free pass to stay once we have it. In actuality, we can trade and change our furniture, just like everything else. Got a lamp that seemed like a cute interior design decision, but doesn’t actually get used? Then get rid of it. Side tables, excess chest of draws, random chairs now being used as tables, and clothes hangers. You know what I’m talking about.

Just because you bought it, does not mean you have to keep it. Now you don’t have to go and throw everything out in order to be happy. This is just a sign to let you know that it’s ok to remove some of it. Living with less things around you can be liberating. “So much more room for activities!” Now I have space to do my yoga.

Even though we live in the digital age and most documents are now kept online, we still receive good old-fashioned paper mail from time to time. Sometimes these are important bills and the like thereof. However, sometimes they are just useless information holders, or pieces of paper that are needed for a short time then can be done with. If these get neglected, then they can pile up over time.

Once the draw is getting full, the thought of having to go through and sort it all out (just in case there’s something important in there) is daunting enough just forget about it and – sometimes literally – sweep it under the rug. Don’t do it! Block out some time. Make it a part of your ‘how to become a minimalist in 30 days’ challenge, and just get it done. You’ll be glad you did.

Yes, you read that correctly. Let’s talk about living with less money, and try to keep an open mind as you read this. Before you assume I’m going to suggest giving away all your money to good causes and living a simple life of poverty, STOP. That’s not what this is about.

Just as with our possessions, we can be more mindful about the money we have, and what we do with it. In most cases, people have money come in, and it soon goes out, then whatever is left gets spent on something frivolous and unnecessary. So there are two parts to this section of living with less.

The first part is looking at where our money is going. Got a subscription going out each month that you don’t really need? Cancel it. Regularly spending money on high-priced lattes and cinnamon buns? Make your own at home and cut down on the sweet treats. Got through your bank statements and highlight where money is been needlessly spent. You may end up with less stuff, but you’ll actually have more money. Funny how that works out.

So what do you do with this extra money? Wasn’t the idea to live with less? Not exactly. Here the idea is to live with intention. If you let that money sit in the bank, you’ll just end up spending it when you see the opportunity – I know I would. I’ve ‘treated’ myself because I ‘deserve’ it enough times. So instead, put the money into something that will work for you. Invest it in a hobby or learning, buy some stocks, get into crypto – NOT FINANCIAL ADVICE BY THE WAY. Putting your money into other things that retain value means you won’t technically have it, so you won’t throw it at meaningless junk. Out of sight, out of mind.

You’ll Love This: How To Slow Down In Life In 6 Simple Steps

Living with less and decluttering is about more than just the stuff you own. It’s about everything you bring into your life, including people. Just like the stuff we collect along the way, we also collect people. Friends, colleagues, networking contacts. Some require more maintenance than others, and some may drain you from time to time. It’s important to realize that we don’t have to hold onto everyone we meet. Sometimes it’s better just to let people go. Then you can move forward, living with less and loving more.

Those you choose to keep in your life will benefit from stronger connections with you, and you will have more mental space to flourish those relationships. In today’s world, it’s easy to have thousands of so-called ‘friends’. But that inner circle of those who you truly let in, or even just that one person you give your all, they are who matter.

There are many benefits of living with less, which I hope some of you are now aware of. To reiterate, it’s not about throwing everything – and everyone – away so you have nothing. It’s about being more conscious with your choices, being more critical of what you already have, and freeing up space for life to flow without the weight that all that other stuff can bring. If you take any of the minimalist rules for living with less, take this one: Really think about it. That’s it. When you’re considering a purchase when you’re looking at all the stuff you have. Just really think about it. You’ll make good decisions. 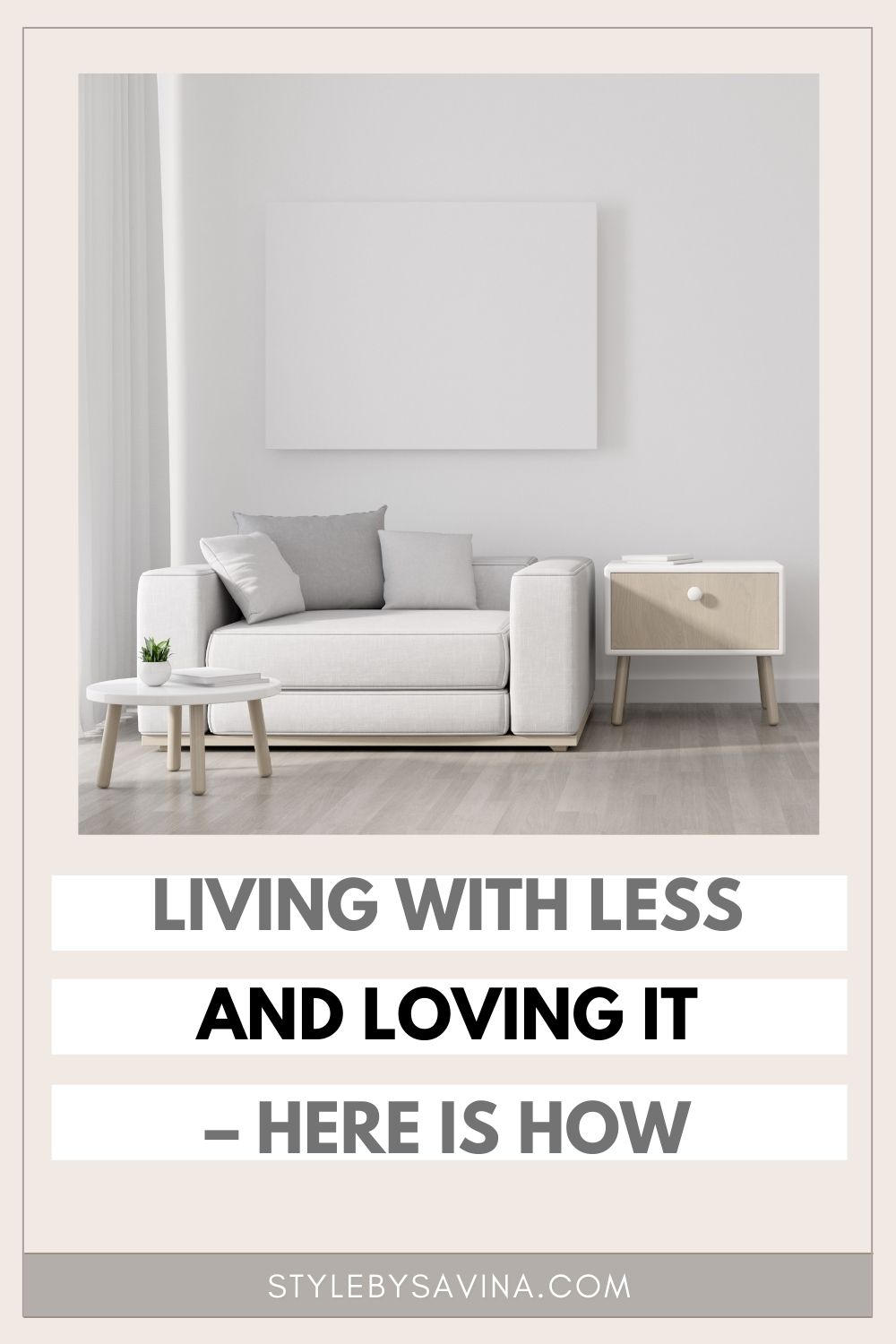 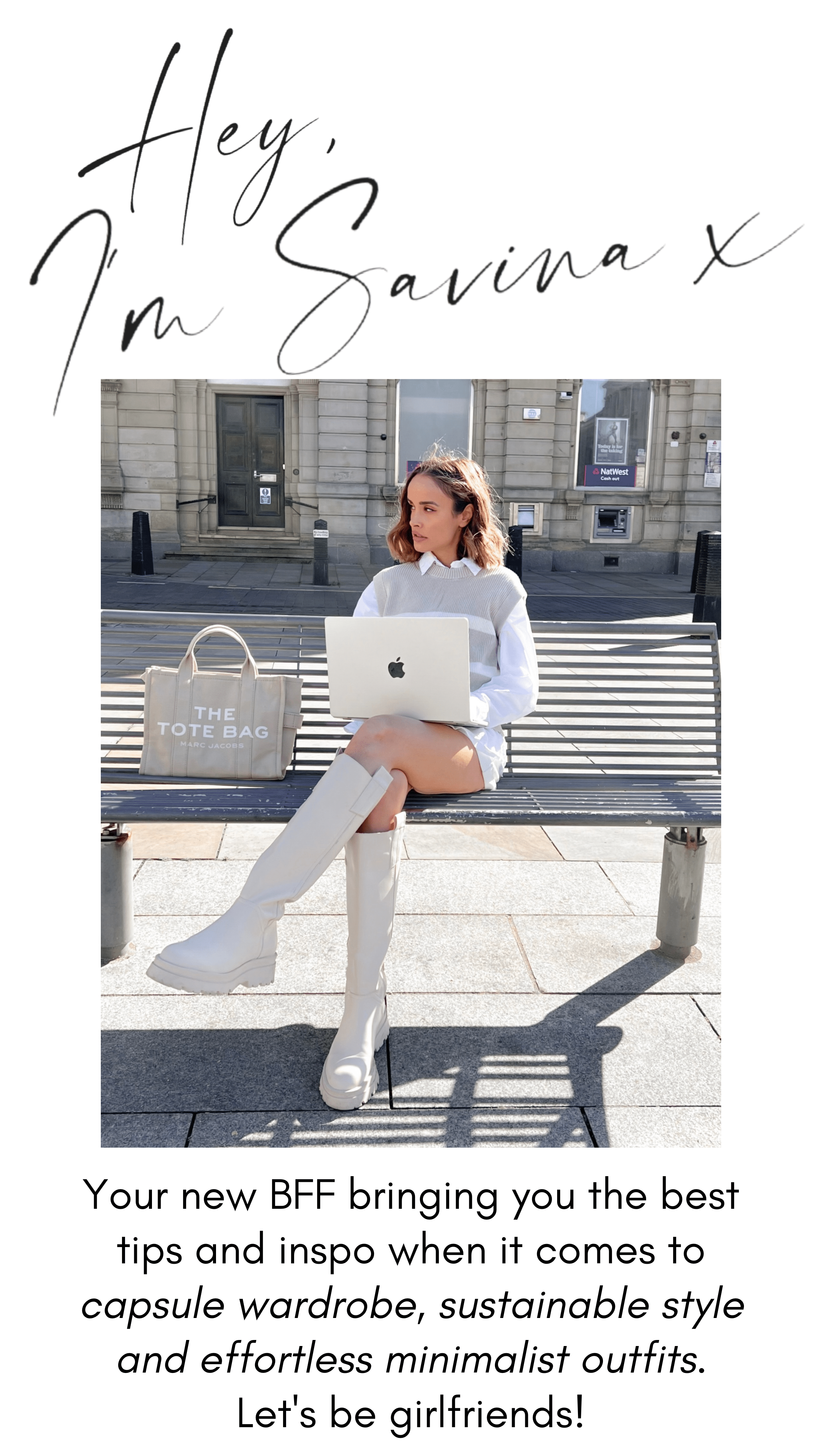 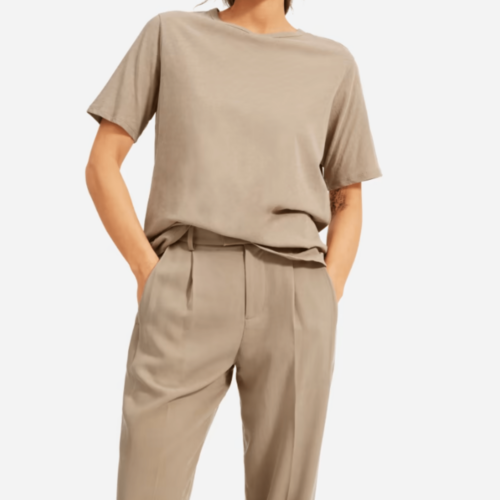 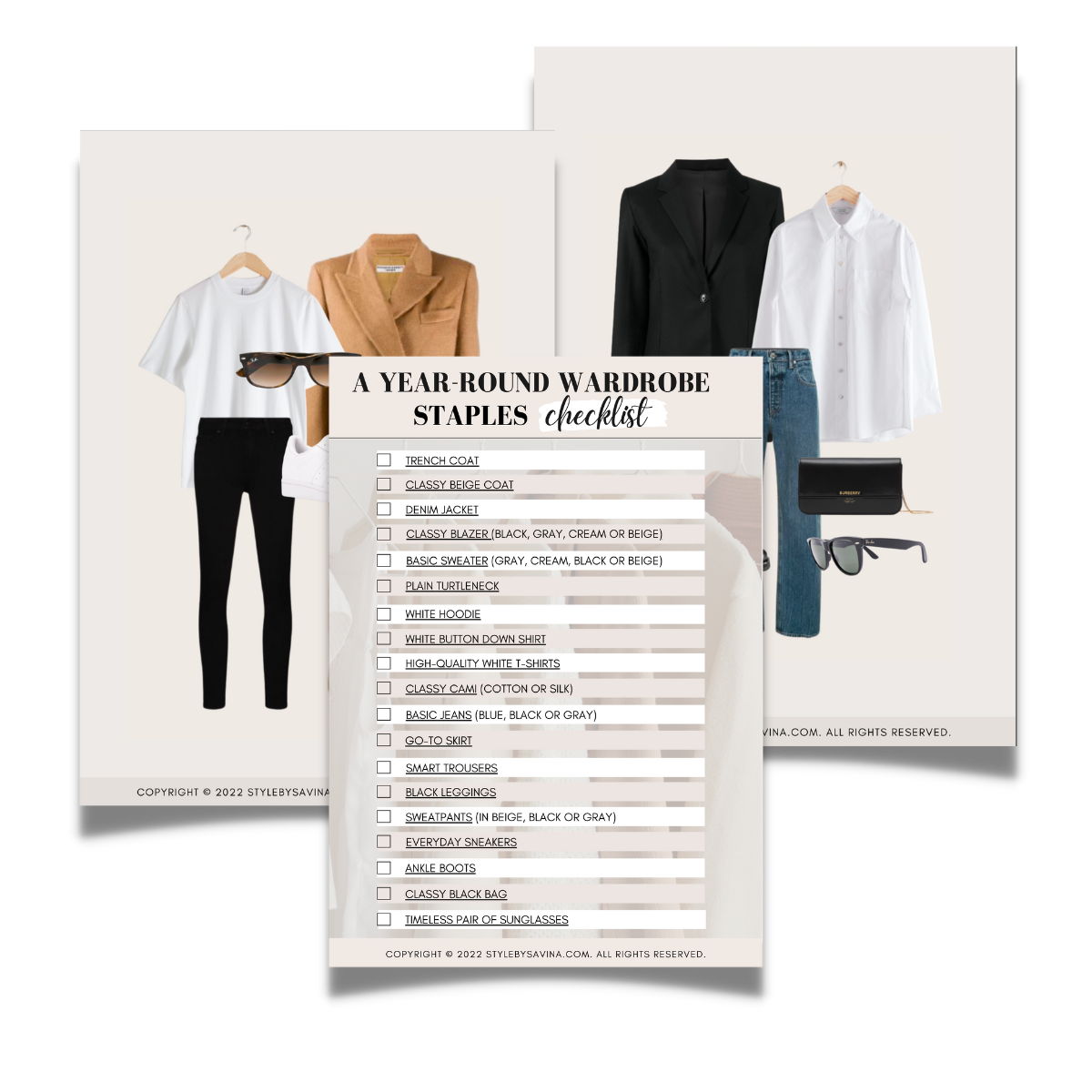 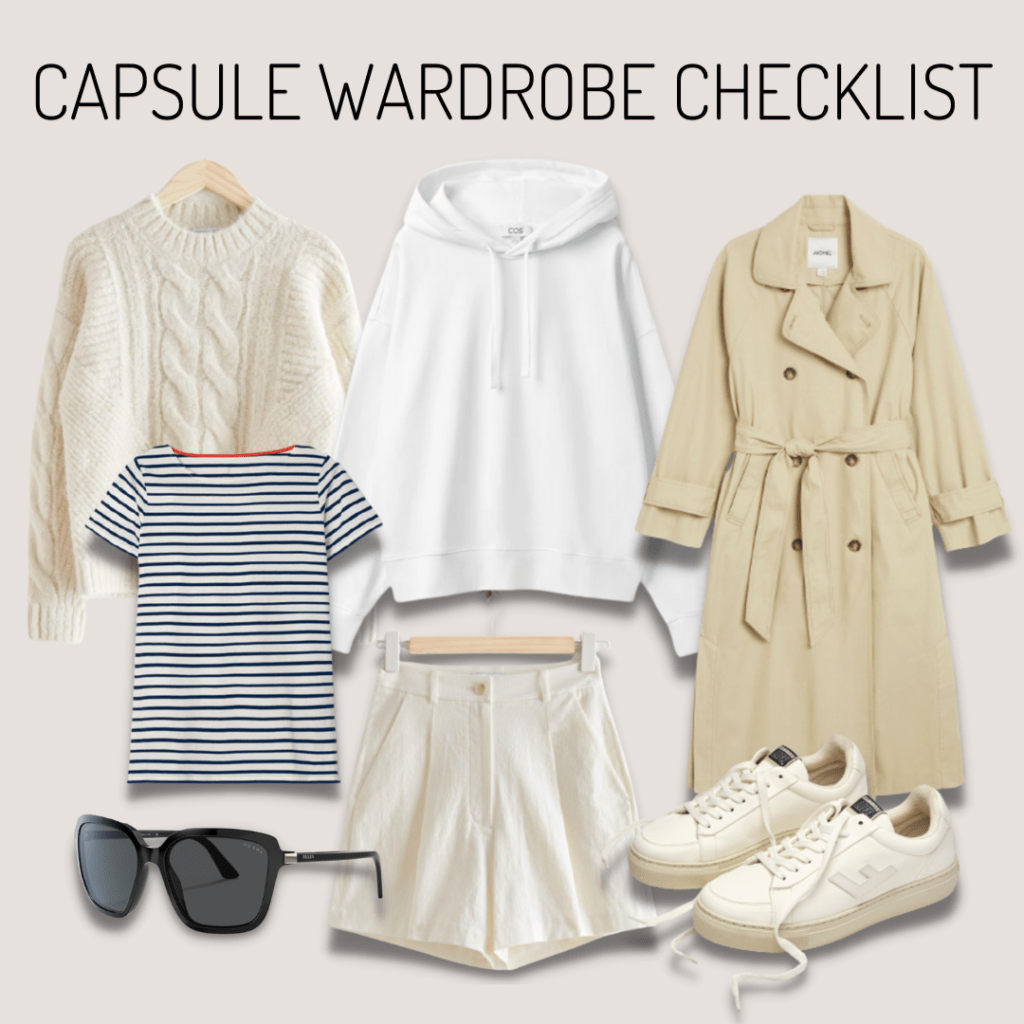 Capsule Wardrobe Autumn 2022: What To Wear This Fall